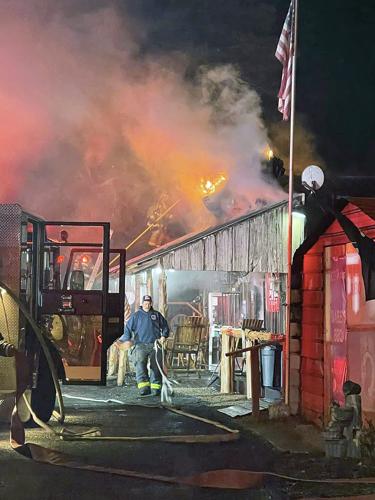 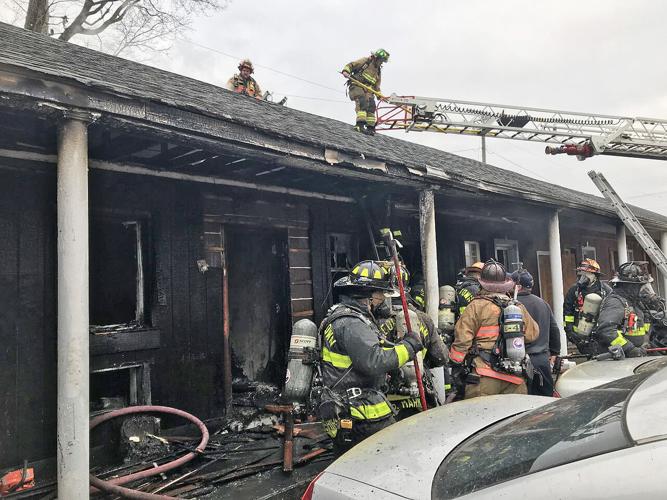 Arson is suspected in a blaze that damaged a BBQ restaurant and possible “careless smoking” was responsible for fire damage to a motel in separate incidents this past weekend.

A small fire at Babe’s BBQ, near the intersection of U.S. 25 and Delaplain/Cherry Blossom Way, was spotted burning by Austin Campbell, who had just left his shift at Georgetown Metal Processing. Just a few hours later, firefighters were called to the Paddock Motel on Lexington Road where three or four units were heavily damaged, said Assistant Fire Chief James Kanavy.

“I got closer and the front of Babes BBQ was on fire. I called 911 immediately. The fire was kinda small and I could tell it was outside by the window, so I ran around the building while on the phone with dispatch looking for an extinguisher. At the time I was capable of putting it out. I never found a fire extinguisher and when I got back to the front, flames were already coming out of the roof.”

Trucks from both the Georgetown and Scott County fire departments responded. The Scott County Fire Department has a station just over the intersection on U.S. 25/

“Very shortly after, I heard the glass break to the window from the heat and at that moment I knew it was intentional,” Campbell said. “The fire started outside on the front porch. Shortly after that the battalion chief showed up and all the fire trucks showed up. From the start of the 911 phone call to when they showed up, it was only five minutes, but the fire spread very quickly. (The firefighters) did a wonderful job putting the fire out and I stood there watching and answering any questions anyone had until the fire was put out.”

Teresa Fraley, one of the owners and operators along with Frank West, said the restaurant suffered heavy damage, but it could have been worse.

“We estimate the cost to repair and clean up, all done is $15,000-to-$20,000 and that is with us doing a lot of the work,”  Fraley said. “The fire started outside, and then went up the wall of the kitchen straight into the ceiling. We are lucky because it did not get into the kitchen and damage any equipment in the kitchen or the cost would have been much worse.”

An arson investigation is under way, Kanavy said.

“The fire was intentionally set,” said Kanavy. “Based upon the time frame and no other possible ignition nearby, we are confident.”

Materials have been sent to the state crime lab for analysis, but it could be three to six months before its findings are released, he said.

More from this section

Even When at Low Risk, Some Women Should Remove Fallopian Tubes to Avoid Ovarian Cancer: Experts

Participation is down 40% in this agricultural program that protects wildlife, water, and soil

Fraley said she could not think of anyone who might want to burn down the restaurant.

“Sure, you might make someone angry, but how could you make someone so mad they would burn down your business,” she said.

An adjacent cabin which housed a hair salon business burned down years ago, and the restaurant’s area have burned over the years, making insurance on the property too expensive, officials said.

“As a student working her way through college at the University of Kentucky, it was not unusual that Frank would help me cover the cost of my books,” said Capra in her GoFundMe post. “This is just the type of people they are.  Teresa is always sponsoring some kind of drive for our community. Coat drive, school supplies, etc. She is always looking to help someone out in need.”

Any help would be appreciated, Fraley said.

“The donations are really going to help,” Fraley said. “We appreciate all the support and kindness expressed to us over the past few days. We have had people from all over the state calling and offering help. I have faith we’ll get through this.”

About 12 hours after the Babe’s BBQ fire, a blaze broke out at Paddock Motel, near the Scott-Fayette county line and adjacent to Red State BBQ.

“The (motel) fire was accidental,” Kanavy said. “It was either careless smoking or a heating unit.”

Both the Georgetown and Scott County fire departments responded to each blaze. The Facebook page for each department included the following statement this past weekend:

“Georgetown Fire Department and Scott County Fire Department have been busy working together lately. In less than 12 hours, our departments responded to two structure fires, where they joined forces to extinguish and secure the scenes. We might be two separate departments, but when the bell sounds, we are united as one to get the job done. Strong work to the men and women at both departments, as well as Georgetown/Scott County EMS for looking out for our health and safety.”

Who is going to win Super Bowl LVII?

We're always interested in hearing about news in our community. Let us know what's going on!